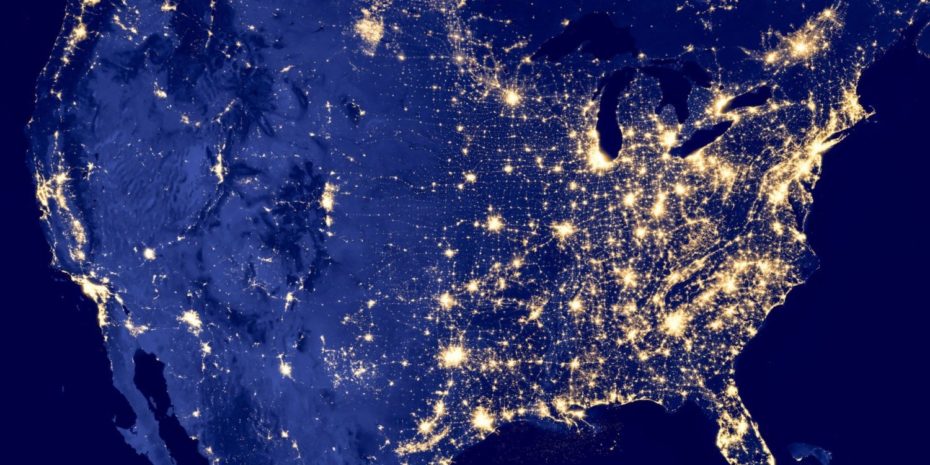 Note, this is the second part of a feature/interview Sigfox; click the link for the first, about the company’s ‘Zero-G’ strategy and global rollout plans.

When it comes to wireless network deployment, US states are like countries, reckons IoT company Sigfox. Of all its achievements, panting flags in around 60 different countries to date, the French firm’s continuing adventures in the US are perhaps the most keenly watched.

“The geography of the US requires a different approach,” comments Fakri Sadeh, vice president of network technology, strategy and development for Sigfox USA.

That approach combines organic growth in the areas it has already set-up shop, mostly in major metropolitan areas, complemented by “strategic” partnerships with private enterprises, enabling it effectively to join the dots.

But Sigfox is not going after total coverage in the US, actually. The country is just too vast. “It’s unrealistic… to think any network operator can provide that,” says Fakri. Instead, its deployments are tactical, to support asset tracking for industrial and agricultural markets, as far as possible.

Which makes it sounds like it needs to cover the countryside. In reality, logistics firms are more interested in the points of departure and arrival, than the journey itself. This is the case for simple cargo-checks, at least, to monitor against losses, thefts, and time-keeping.

“We have found there is more interest in the end points, than the points between – which would cover a massive landscape, and require hundreds of sites, and hundreds of thousands of dollars. We are taking a smart approach; our advantage, in our global mission, is to be a strategic in our deployments.”

This means striking quick deals with private parties with vested interests, often in outback settings, rather than the standard infrastructure-building of negotiating access to prime real estate via labyrinthine public authorities and mean private landlords.

“We are putting emphasis on partnerships where we can utilise customer premises to rollout services at a faster rate. If we go the traditional route, it takes time and money. Ours is not a cellular deployment; the business model for IoT does not support that. So our approach is more creative,” explains Fakri.

But AT&T and Verizon can launch their cellular based LPWA equivalents, in the shape of LTE-M and NB-IoT, on nationwide LTE infrastructure at the flick of a switch. How can Sigfox, however creative, possibly compete with that kind of LPWA coverage, when serving markets with asset-tracking solutions?

Fakri does not accept the idea LTE-based cellular LPWA deployments are but a software upgrade. “The idea of a flick-of-a-switch is over simplification,” he says, pointing to two decades on the other side of the licensing line, with American Tower, T-Mobile, Metro PCS and Cricket Wireless variously.

“Even if they could do it that way, the infrastructure and support system the traditional cellular operators have to put in place does not afford the same kinds of cost efficiencies. They have too many overheads, already, just going into it, to be able to sustain low-cost IoT solutions,” he explains.

Beside Fakri, Bertrand Ramé, the company’s senior vice president of international operations, chimes in again on the issue of network roaming. “Yes, NB-IoT is coming up, but it still uses the same cellular approach, with one two or three networks per country, and fairly complex roaming agreements between operators before you get to a truly global, seamless network,” he says.

He also presents power efficiency as an inherent advantage of unlicensed LPWA technologies, compared with cellular equivalents, and even raises the prospect of battery-less Sigfox devices, which harvest energy from even the slightest movements and environmental changes to run power simple messaging. (Story to follow; sign up to the newsletter to catch it.)

Its nimble rollout strategy in the US is justified, it says. Fakri will not identify partners, but Sigfox is making site deals in the hospitality, theme park, tower, and warehousing industries. “A big theme park,” comments Fakri. One might guess at Disneyland, but he’s not saying. It seems, in each case, the network host is using Sigfox for its own means, in the first instance.

“They are all candidate locations for network expansion,” he says.

Sigfox coverage in the US stands at about 30 per cent of the population, achieved in a little over three years. It is good going, says Fakri, for operators of any stripe. “It took many years for the traditional cellular industry to do that.” Sigfox exists in 1,700 base stations in 100 US cities – scattered over 24 “metropolitan areas,” according to its own geographic definitions.

Its conversations with customers have changed, he says, from “education” to field trials and deployments. The company’s global ambitions do not just hinge on opening up new markets, like China and Russia, but on consolidating existing markets, most notably the US.

“Two years ago, we really had to explain the idea of industrial IoT, and the value for businesses. There has been a shift and evolution. We have tripled our use cases and proofs in the last year. It is less of a grind. Deployment in the US is accelerating.”