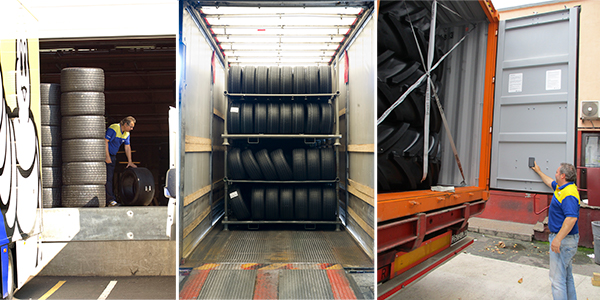 With a 14-percent share of the global tire market, the automotive manufacturing giant Michelin has a supply chain that spans the globe. The 130-year-old company, which makes rubber tires for everything from cars and bicycles to airplanes and mining vehicles, provides tires to customers in over 170 countries. As part of its worldwide logistics operations, it manages more than 100 thousand container shipments each year.

That kind of volume presents challenges in managing global logistics. So about two years ago, Michelin launched a project to improve end-to-end visibility in its intercontinental supply chain.

Based on the results, the company is now planning to launch a commercial version of the platform it developed this September, saying it will allow any company to locate its shipments and track their transport conditions—such as temperature, humidity, and shocks—in real time. The solution, called “Safecube,” is a joint venture between Michelin, wireless-network operator Sigfox, and industry consultancy Argon Consulting. 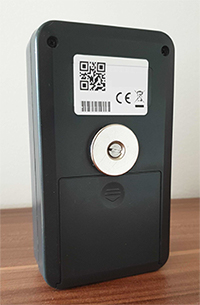 Safecube is a reusable tracker that functions as an Internet of Things network. It sends small bursts of data over an energy-efficient wireless system.

As any global shipper can attest, intercontinental container tracking has long been a pain point in the supply chain. “From an industrial point of view, maritime flows are probably among the most complex and the least controlled within the supply chain,” Argon CEO Fabrice Bonneau said in a statement. “Some of the key challenges are poorly optimized routes, a lack of visibility, and administrative complexity linked to the large number of actors in this space.”

While many major third-party logistics service providers (3PLs) address those challenges with their own track-and-trace systems, those platforms are limited by the high cost and technical restrictions of commercial data networks, Safecube Founder and CEO Waël Cheaib said in a call.

Safecube offers an alternative approach that relies on inexpensive, reusable trackers that are attached to the door of each container with strong magnets, he said. The trackers function as an Internet of Things (IoT) network that sends small bursts of data over an energy-efficient wireless system. After each shipment arrives, users can detach the tracker and attach it to a new container.

“The intercontinental supply chain challenges are quite complex; there are more than 20 different entities taking part in moving a shipment from continent A to continent B,” said Cheaib, who was previously director of operations and customer experience at Uber France. “But tracking those shipments does not require real-time updates every minute of every day, with large amounts of data. To control your logistics and improve your supply chain, you don’t need much data or connectivity; you just need a few data points: precise location a couple of times a day and real-time updates on specific events.”

In the past two years, Michelin has used the system to improve shipment visibility for its clients, reduce inventory, and cut transportation costs by tracking what’s happening with each container, Cheaib said. By sharing that precise information with boat-to-train transfer yards, last-mile carriers, and other supply chain partners, Michelin has been able to optimize certain routes and cut transit times.

Those moves have improved the accuracy of the tire company’s estimated time of arrival (ETA) projections by 40 percent and led to a 10-percent reduction in leadtimes, he said. Specifically, Michelin has been able to cut five or six days off transit times on routes that used to take six to seven weeks. On a route from Michelin’s headquarters in Claremont-Ferent, France, to Chicago, for example, the company cut actual transit time from 40 days to 35.

In an industry where a single container can hold more than a thousand automobile tires—or just two to three of the colossal tires used on mining trucks—every day counts, and those improvements can be critical in keeping Michelin’s clients working at top capacity, Cheaib said.