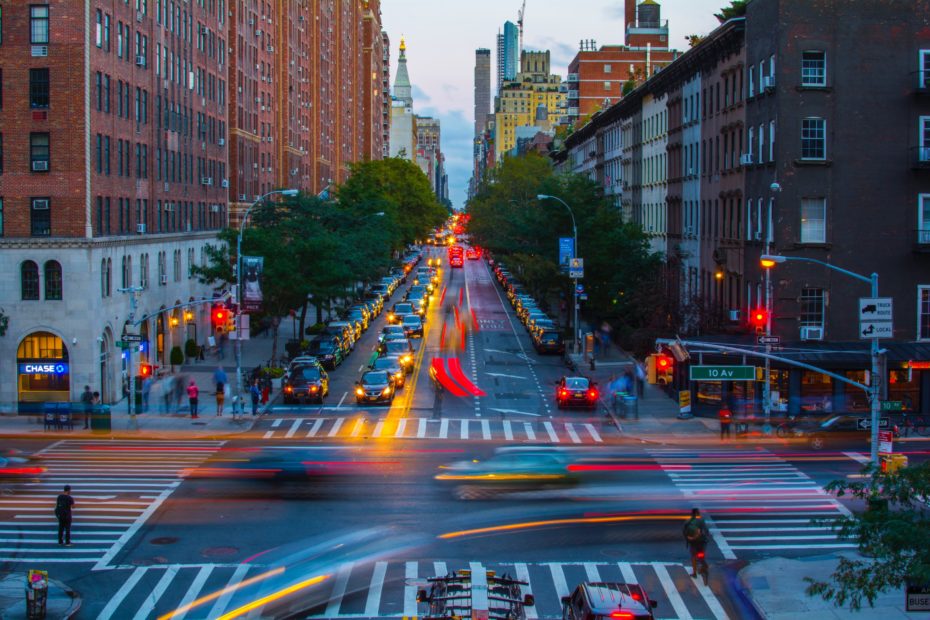 In 2018, the average one-way commute for Chicago residents was 38 minutes, according to City Tech Collaborative. And as roads become more crowded and complicated with the advent of Uber, Lyft, and other new transportation options, traffic conditions are getting worse.

However, a new Chicago startup is developing a system to curb traffic congestion and reduce the impact all this traveling has on the environment, but it comes in the form of a tax.

SpaceBot SURGE, co-founded by David Turner, is making solar-powered sensors that would live on street poles and monitor traffic. The sensors are still being developed, but Turner said the idea is for them to take pictures to identify vehicles and track how quickly they are moving. When the sensors detect high levels of traffic, they could record driver data and report it to the city, who would then tax eligible drivers.

“We’ve done a lot of research on the different applications of how you could use data to help cities and ultimately, we came to the conclusion to put a price on congestion,” Turner said.

Earlier this year, the startup was one of five teams that participated in the SigFox Hacking House program, an accelerator for IoT startups.

Turner said the initial roll out of SpaceBot in Chicago would only tax commercial vehicles, like Amazon delivery trucks, other delivery vehicles and ride-share cars, like Uber and Lyft, because many of them already pay some sort of tax to the city. Ride-share drivers and their passengers would be able to avoid the fee if they take a less-congested route and avoid crowded pick-up and drop-off areas.

“Consumers can choose what their preferences are, the city makes more money and ultimately, congestion is reduced for everyone,” said Turner, who also teaches a data science certification program at Northwestern University.

The tax would be between 70 cents and $5, depending on the vehicle and the traffic conditions, Turner said. SpaceBot would keep about 10 to 20 percent of the fee collected, while the rest goes to the city. The idea is for the tax money collected to be reinvested into infrastructure and the Chicago Transit Authority by improving and expanding train and bus options, Turner said.

“Investing in public transportation would be the biggest return on this new money, as opposed to building new roads,” Turner said.

Not only would SpaceBot’s sensors cut down on traffic congestion, but with more people pressured to avoid single-car use, Turner said there would be a reduction in car pollution.

Over the summer, SpaceBot worked to weather-proof the sensors and now plans to test them this winter in a pilot program. Turner said SpaceBot is currently waiting for clearance from the City of Chicago to run the pilot, but the sensors won’t be taxing people just yet. The only goal of the pilot is to ensure the sensors can endure Chicago’s harsh winter weather conditions. But if all goes well, Turner said SpaceBot’s sensors could go live before the end of 2020.

To deal with backlash from drivers, Turner said he plans to point to other cities that have successfully rolled out congestion pricing systems.

London charges an £11.50 daily fee for driving a vehicle downtown between 7 a.m. and 6 p.m. Monday through Friday. Singapore, Stockholm and Milan all have congestion charging systems, and New York City legislators have approved plans to try it in Manhattan.

Most of these cities use cameras to take pictures of cars and cross-reference a database to determine whether the driver has paid their fee.

“Ultimately, [charging] has led to shorter commuting times,” Turner said. “Yes, prices will go up for some, but you’re getting something for your money.”